Law School Deans Say Ending The ABA’s LSAT Requirement Will Hurt Diversity… But Would It? 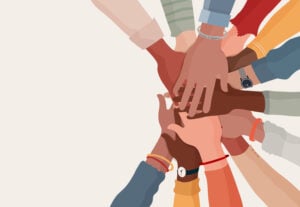 The arm of the ABA charged with overseeing legal education in the country just voted to end the accreditation requirement that law schools must consider standardized test scores as part of admissions. This is not the final word on the topic — the ABA House of Delegates must approve the change in February — but it’s already kicked up a lot of drama in legal academia.

Of the arguments marshaled against dropping the requirement, the most powerful is that standardized testing is critical for law school diversity efforts — such as those are by this time next year — as the most important arrow in the law school’s quiver to identify promising law students who may not boast stellar undergraduate grades.

But… none of these arguments seem to hold up to much scrutiny.

Dean Erwin Chemerinsky of Berkeley and Dean Daniel Tokaji of the University of Wisconsin Law School wrote an opinion piece in Bloomberg about their opposition — enshrined in a joint letter with 58 other law school deans — to the rule change based on their belief that the requirement promotes diversity.

They’re absolutely right that promoting diversity should be a top concern for law schools, but there’s nothing in this piece to suggest that the rule change makes things any worse than the status quo and it most likely improves the situation in light of the political context facing schools over the next decade.

If law schools abandon the LSAT or other validated tests in their admissions processes, something else will take its place. It is quite possible—we think probable—that greater emphasis will be put on GPA, written or verbal recommendations, the reputation of undergraduate institutions, admissions officers’ familiarity with those institutions, or other subjective factors that are more subject to privilege and bias than test scores.

This is a foundational error that runs through the whole argument. “If law schools abandon the LSAT” does not necessarily flow from “the ABA no longer forcing schools to consider the LSAT.” Indeed, a recent survey by Kaplan asked law school admissions professionals if the school would stop requiring the LSAT and the overwhelming majority reported that it either would not or they weren’t sure yet — hardly a sign that schools are champing at the bit to drop the test. Far more likely, the test will remain required for most schools and schools that don’t “require” the test will still consider scores as part of a holistic review process.

Which should prove better for diversity over the long term. Because schools are going to need that flexibility so they can point to a variety of co-equal academic qualifications if they hope to circumvent the Supreme Court’s coming ban on race conscious admissions.

Research consistently shows that the LSAT can help identify students who are capable of succeeding in law school, even though their grades or other credentials alone might not so indicate. That includes students who come from less-advantaged backgrounds and underrepresented groups, as well as non-traditional or second-career students.

This paragraph assumes a lot not in evidence. The LSAT can identify promising law students with bad grades. But why are bad grades assumed to be the province of diversity enhancing students? Standardized tests — long the subject of criticism for reinforcing racial biases and which many students pay big bucks on prep courses to learn to game — could also be undervaluing promising students who have stellar academic credentials and bad test scores. Removing the requirement opens law schools to considering both sides of the “good at one but not the other” paradox.

Without the LSAT as a factor, law schools may be less willing to take a chance on students who do not perform well on GPA or other metrics. For example, some students worked to put themselves through school or had to care for family, and they would enhance the diversity of our institutions and our profession.

And they might be more willing to take a chance on a diligent student who doesn’t perform well on a timed exam but who does excel based on iterative testing over the course of four years. See how this cuts whichever way you want it to?

There is no reason to believe that these other factors will be as reliable in predicting success, and it’s quite possible they will diminish law school diversity.

For the sake of argument, let’s concede that the LSAT is a better predictor of success on balance. But that’s true of the LSAT vis a vis the GRE too and opening the door to the GRE didn’t kick off a race to the monoculture bottom. Being better doesn’t mean it’s perfect and we can trust law school admissions professionals to figure out where and when to make exceptions to the LSAT’s dominance in order to build a stronger class.

Standardized tests also play a vital consumer protection function, giving prospective students valuable information on whether they are prepared for law school and which schools might be the best fit for them.

They absolutely do not. Terrible law schools are still filling all their seats with students getting 148s on the LSAT now. Admittedly the LSAT should contribute to a consumer protection function, but it doesn’t.

It is no answer to say that the amendment to Standard 503 would merely eliminate the mandate to use the LSAT or another test in admissions, while giving law schools freedom to use them if they choose. This response ignores the realities of law school admissions.

When one school eliminates the LSAT as a requirement, its peers will be under tremendous pressure to do the same, or risk losing applicants and potential students.

That makes no sense. It presupposes that any school would eliminate it entirely which isn’t supported by the evidence and even if one did, why would that put any pressure on other schools? If I were a promising undergrad, I’m not going to say “well I would apply to a top 14 law school but they make you take a test so I’m going to Golden Diploma Mill State!

This is like building a slippery slope in the Bonneville Salt Flats.

There won’t be “pressure” unless the schools are judged so mechanically by their LSAT scores that they don’t want people to see that they let in someone who did better in school than on the test. Which could be resolved by withdrawing from the USNWR rankings… which Chemerinsky already did! And, yes, the diploma mills will jettison tests but they’re already admitting students with rock bottom scores anyway so there’s nothing lost here, but what can be gained is a more flexible admissions program at a time when politicians — specifically the majority of the Supreme Court — are about to clamp down on schools doing anything but admitting students on raw LSAT scores.

The deans suggest that the ABA should just increase the percentage of students that law schools can admit without tests, but why keep micromanaging the situation. Just arm schools with the flexibility to admit the diverse class they want by opening up what the schools can use as a justification.

Look, if I were running a law school right now, I’d continue to have folks take the LSAT. But by ending the requirement and opening things up, destabilizing the USNWR methodology — which thrives on the fact that scores are a universal input that allows it to compare schools apple to apple — and giving admissions the freedom to build a diverse class in a holistic is much more likely to improve legal education. It might not work, but based on these assembled arguments there’s no advantage to sticking with the status quo. All the upside is with the ABA’s decision.