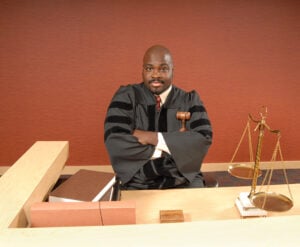 You know, I think that one of the funniest things that came out of the backlash against critical race theory was the notion that the minorities who brought up the topic of race were creating racial tension. They were merely diagnosing a condition based on the presented symptoms. A person who accurately states that Harvard jumpstarted its institutional strength with investments in chattel slavery creates racial tension to the same degree that a patient can blame their doctor for diagnosing them with leukemia.

This is not to accuse all of the anti-woke folks of bad faith. Some of them clearly maintaining the party line and kicking out whoever doesn’t conform to the agenda, but I also think a good portion of them fell victim to a lie: that there are race- and gender-neutral contexts. For example, one of the arguments against affirmative action is that it places a cover of doubt on the qualifications of African Americans hired to positions of authority. It is rarer that that shadow is cast on white women, despite the fact that they have proportionately benefitted the most from affirmative action (women are a minority group and white women are the largest group in that set). It isn’t uncommon for positions of authority in the law, like that time the partner class at Paul Weiss looked eerily similar to the rows of RBG’s clerks. And as folks of color are able to take up space in the places where decisions are made without fear of repercussions, the doubly conscious of us who haven’t been afforded the luxury of thinking that race is a thing kept at bay unless you commit the cardinal sin of opening your eyes will be able to state plainly the logics that have been disavowed in our law-making processes. From Slate:

At present, Black judges make up 12.77 percent of the federal bench…But for decades and indeed centuries, diversity on the bench has not been anywhere close to where it should be. Donald Trump’s judicial appointees were, recall, 84 percent white.

Diversity matters on the federal and state judiciaries for a whole host of reasons, chief among them that such diversity determines whose stories are told in court and how. As former head of the NAACP Legal Defense and Educational Fund, Sherrilyn Ifill, put it in the New York Review of Books last week, in describing Justice Ketanji Brown Jackson’s questions at oral arguments in October over the future of affirmative action: “It has been a long time since a Black justice on the Court has spoken with such depth and experience about the many ways in which race can be deeply entwined with identity and self-expression.”

And in case you forgot, Justice Ketanji’s questions were, to borrow a French phrase, fucking brilliant:

Thankfully, Justice Jackson’s presence and participation in the courtroom is not the only occasion for thinking about how this country’s legacy frames our present:

[Dahlia Lithwick] had been thinking about all of this when [she] contemplated the recent portrait ceremony of Judge Robert L. Wilkins. Wilkins was appointed to the U.S. Court of Appeals for the District of Columbia Circuit in 2014, where he sat alongside then-Judge Ketanji Brown Jackson. On Oct. 14, his official portrait was hung at the court in a ceremony typically representing one of the highlights of a judge’s tenure on the bench

What struck me most about Wilkins’ speech was that he used it to detail a sometimes submerged narrative about the complicated meaning of freedom: He told the story of his own family’s long journey through U.S. constitutional history, a very different encounter with the Framers’ ideas about freedom and justice.

It is a phenomenal story — you should take the time to read it. It also wouldn’t hurt to think about the problematics of representation and recognition. Here’s a good primer:

Chris Williams became a social media manager and assistant editor for Above the Law in June 2021. Prior to joining the staff, he moonlighted as a minor Memelord™ in the Facebook group Law School Memes for Edgy T14s.  He endured Missouri long enough to graduate from Washington University in St. Louis School of Law. He is a former boatbuilder who cannot swim, a published author on critical race theory, philosophy, and humor, and has a love for cycling that occasionally annoys his peers. You can reach him by email at [email protected] and by tweet at @WritesForRent.