US Legislators Introduce Bill To Protect IVF Throughout The Country 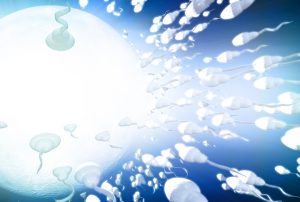 On December 15, 2022, U.S. Senator Tammy Duckworth, D-Ill., along with Senator Patty Murray, D-Wash., and Congresswoman Susan Wild, D-Pa., introduced the Right to Build Families Act of 2022. The bill, if enacted, would prohibit state and local governments from imposing limitations to access to assisted reproductive technology, as well as all medically necessary care surrounding such technology.

If the bill were to pass, it would be reason to celebrate for parents-to-be in the United States … and around the world. Partly, that’s because assisted reproductive technology is about to become an even bigger issue when it comes to family formation. Recent scientific data shows a precipitous drop in men’s sperm count across the world. I know there are a lot of alarming things in the world, and my brain can barely take one more alarming thing; but here it is. First, studies showed a 50% drop in sperm count over the past 50 years. Then recent studies showed that the drop has gotten even steeper since 2000, accelerating 2% per year or more. The cause isn’t clear — but speculation surrounds plastics and other chemicals, maybe? But the threat to humanity’s ability to reproduce is clear, with scientists calling for recognition of this major public health problem as a threat to “the survival of the human (and other) species.”

While a significant drop in sperm count doesn’t automatically equate to the need for in vitro fertilization (IVF) and procedures like ICSI (where a single sperm is selected and inserted directly into an egg as part of IVF), the need for fertility treatment seems very likely to increase. Access to fertility treatment in the United States has been on shaky ground post-Dobbs, as anti-abortion legislation is introduced with language either inadvertently — or possibly intentionally — threatening to limit access to fertility treatment. For instance, laws that define a fertilized egg as an “unborn child” or give embryos “personhood” rights call into question IVF practices.

These laws raise legal questions as to whether testing an embryo for chromosomal or genetic abnormalities — which has some risk, however low, of harming an embryo — are legally permitted. Or whether patients are able to decide the fate of their own genetic material, if they want to destroy it. In Tennessee, a state representative informed a constituent that life begins at conception “either in the womb or in the IVF clinic” and that discarding embryos would, indeed, be a violation of Tennessee state law (despite the law not clearly stating such). The future of access to fertility treatment care in the United States has been increasing looking uncertain.

What Does The Bill Say?

At seven pages total, the Right to Building Families Act of 2022 is a quick read. It provides that:

1) No State, or official or employee of a State acting in the scope of such appointment or employment, may prohibit or unreasonably limit …

Enforcement. In terms of enforcement, the bill provides that the attorney general may commence a civil action against any state (with another section of the bill abrogating state immunity) to enforce the law, as well as providing for a private right of action by any individual or entity adversely affected, and a right for a health care provider to commence an action on behalf of its staff or patients.

Regulation Exception. The bill stipulates that “Nothing in this Act shall be construed to prohibit enforcement of health and safety regulation a State requires of medical facilities or providers, if such regulations (1) advance the safety and health care services or the health of patients; and (2) cannot be advanced by a less restrictive alternative measure or action.”

What Does It Mean and How Far Would It Reach? The sponsors of the bill are clear that the proposed law is intended to combat post-Dobbs bills that undermine access to fertility services.

Should it be signed into law, would other fertility-related regulations not connected to abortion be overturned? For instance, Louisiana has long had a law that defines embryos as “juridical persons” and prevents patients from discarding their embryos in the state. Would the federal prohibition on unreasonably limiting any individual from “retaining all rights regarding the use of reproductive genetic material” invalidate Louisiana’s existing restrictions?

What about less direct fertility treatment restrictions? Arizona’s law contains a provision requiring a judge presiding over divorce proceedings involving the disposition of embryos to award the embryos to the party who “provides the best chance for the in vitro human embryos to develop to birth.” Or the Michigan law criminalizing compensated surrogacy. Would those be pre-empted in order to protect access to fertility treatment? What about Colorado’s new Donor-Conceived Persons and Families of Donor-Conceived Persons Act, which eliminates anonymous egg and sperm donation and limits the number of families able to receive gametes from a single donor? The stated purpose of the Colorado law is to protect the interests of donor-conceived persons, in contrast to this bill’s regulation exception requiring the purpose of such excepted regulation to “advance the safety and health care services of the health of patients.”

Does This Fall Within the Commerce Clause? While states generally retain the power to regulate their own jurisdictions, the Constitution permits the federal government to preempt state law under certain circumstances. The broadest of these powers is under the Commerce Clause, permitting Congress the power to “regulate commerce with foreign nations, and among the several states, and with the Indian tribes.” Does the Right to Build Families Act fall neatly within this Constitutionally provided congressional power?

In 2007’s Gonzales v Carhart, the Supreme Court addressed whether the congressionally mandated Partial-Birth Abortion Ban Act was permissible. While a concurrence from Justice Thomas, and joined by Justice Scalia, raised the issue of the Commerce Clause, they ultimately concurred with the majority upholding the law as accurately applying current jurisprudence.

So under current precedent, the Right to Build Families Act should be constitutional. But, of course, precedent hasn’t been much of a predictor these days.

I am hopeful for this bill and the protections it may provide. With any luck, it will pass so I will have an opportunity to learn the answers to my questions, and, of course, so patients across the United States will have the opportunity to access much-desired medical care and the chance to have the families they long for.

Ellen Trachman is the Managing Attorney of Trachman Law Center, LLC, a Denver-based law firm specializing in assisted reproductive technology law, and co-host of the podcast I Want To Put A Baby In You. You can reach her at [email protected].