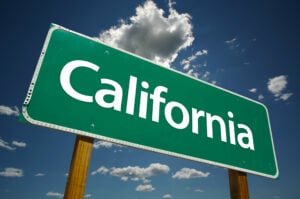 I had resolved for 2023 that I would spend less time nattering about the various trials and tribulations of the State Bar of California. A good resolution in theory, but it’s just not going to work, especially after the latest headline story in the Los Angeles Times about how the discipline system in this state is a joke. And it is.

The headline makes it clear that the discipline system goes after minority attorneys, especially Black lawyers. That’s not news for us lawyers, but it is for the public. And some of the charges are technicalities, not major violations such as stealing client funds. In the almost 30 years between 1990 and 2018, a study released by the bar three years ago showed that Black male lawyers were nearly four times likelier to be either disbarred or resign with charges pending. Black male lawyers were placed on probation more than three times more often than whites. You do the math.

It’s an open secret that the discipline system goes after easy pickings, the lawyers who don’t have name recognition, publicists, and juice (not the breakfast kind). The discipline system prosecutes cases that don’t require a lot of work up, a lot of investigation, a lot of time, and the corollary, a lot of money. The Legislature seems to be unwilling to shake loose additional funds for that.

Since discipline matters are funded by attorney fees, there is a finite amount of money available for discipline, and it shows. That’s one reason, and there are others, why Tom Girardi was able to skate for decades, avoiding discipline while stealing client funds and living the high life as the husband of a real housewife of Beverly Hills.

Another issue that the LA Times article pointed out, and this again, is no secret in the legal community here, is that the discipline system comes down harder on the solos and small firm practitioners than it does on Biglaw. Solos and small firms don’t necessarily have all the support staff and resources to make sure all the “i’s” are dotted and the “t’s” crossed. That’s not to excuse major faux pas like embezzlement, but there should be ways to help lawyers become better at the nonlegal parts of the business. Years ago, the bar required several hours of law office management for CLE compliance. Not any more. Time to reinstitute? The goal should be to have lawyers succeed, not fail, but the result is that solos and small firm lawyers get the shiv, while big firm lawyers, well-connected lawyers, get a pass.

The discipline backlog of thousands of cases has always been an issue. In 2012, the bar announced that the backlog had been cleared. Say what? Miraculous? A few short years later, the backlog returned with a vengeance. Trying to tame the backlog is wrestling with alligators.

What is the only state bar that does not either require or encourage lawyers to turn in their peers for wrongdoing/misconduct?

California lawyers have resisted such a rule since the 1980s when it first became used in other states. Is it a “snitch” rule that allows attorneys to obtain an unfair example when opposing counsel does something that the complaining attorney does not like? Can it be used as a cudgel to force cooperation or face discipline? How does that square with the rule that attorneys should not seek an unfair advantage in litigation?

The attorney chair of the California Senate Judiciary Committee, Tom Umberg, has introduced legislation to bring California in line with the forty-nine other states that have such a rule. This would be more than just an ethical rule; it would be an addition to the State Bar Rules of Professional Conduct, e.g., Business and Professions Code section 6068.

The Girardi mess prompted Umberg’s introduction of the bill, but would attorneys rat on others? And where to draw the line? Umberg said that the snitch rule would not be applied to an attorney who is obnoxious in a deposition. Really? What if that attorney is a habitual offender, but never with the same opposing counsel? Where is the line between zealous representation, which is our obligation as lawyers, and misconduct? Would perception be enough to trigger the rule? And what about the attorney who chooses not to report? Would that attorney be disciplined for the failure to do so if the attorney had a good faith belief that opposing counsel’s actions or inactions were neither wrongful nor misconduct?

Although the intent of SB 42 is to follow ABA Model Rule 8.3, there’s a big difference in the language.

The model rule requires that there be a “a substantial question as to that lawyer’s honesty, trustworthiness or fitness as a lawyer in other respects” for there to be a referral. Right now, there’s no such qualification in SB 42. Amendments are sure to come.

So, apologies to my editor, who thought that once I was through with Girardi (is that even possible?), I’d write on topics other than the California bar. But it’s the gift that keeps on giving. Happy Hanukkah and Merry Christmas.

Jill Switzer has been an active member of the State Bar of California for over 40 years. She remembers practicing law in a kinder, gentler time. She’s had a diverse legal career, including stints as a deputy district attorney, a solo practice, and several senior in-house gigs. She now mediates full-time, which gives her the opportunity to see dinosaurs, millennials, and those in-between interact — it’s not always civil. You can reach her by email at [email protected].