A Thanksgiving Gift From The President: No Student Loan Payments Until Summer 2023 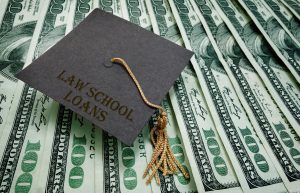 I’m completely confident my [student debt relief] plan is legal. But right now it’s on hold because of these lawsuits. We’re not going to back down though in our fight to give families breathing room. That’s why the Department of Justice is asking the Supreme Court of the United States to rule on the case. But it isn’t fair to ask tens of millions of borrowers eligible for relief to resume their student debt payments while the courts consider the lawsuit.

For that reason, the Secretary of Education is extending the pause on student loan payments while we seek relief from the courts.

— President Joe Biden, in an announcement made via Twitter, concerning the extension of the student-loan payment pause. The pause will conclude “no later than June 30, 2023, which would give the Supreme Court an opportunity to hear the case in its current term. Thereafter, borrowers should expect that “[p]ayments will resume 60 days after the pause ends.” Through Biden’s student debt relief plan, the government will forgive up to $10,000 in student loan debt (or up to $20,000 in student loan debt for Pell Grant recipients) for borrowers making less than $125,000 a year, or $250,000 for married couples. This debt relief plan is currently tied up in the courts, with a federal judge having struck it down in early November.

I’m confident that our student debt relief plan is legal. But it’s on hold because Republican officials want to block it.

That’s why @SecCardona is extending the payment pause to no later than June 30, 2023, giving the Supreme Court time to hear the case in its current term. pic.twitter.com/873CurlHFZ

Staci Zaretsky is a senior editor at Above the Law, where she’s worked since 2011. She’d love to hear from you, so please feel free to email her with any tips, questions, comments, or critiques. You can follow her on Twitter or connect with her on LinkedIn.